Posted at 10:26h in Uncategorized by admin 0 Comments
0 Likes 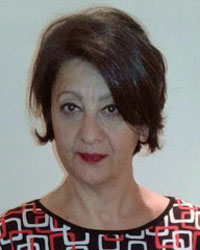 Recently, I took part in a very interesting weekend workshop looking at how people with Parkinson’s and their carers can benefit from the Alexander Technique. The workshop highlighted the potential of how the Technique’s direct work with the cognitive functions can teach people living with Parkinson’s to undertake daily activities with greater confidence and reduce interference from the symptoms of Parkinson’s.

Over the two days, the workshop covered a wide range of areas, both scientific and practical. The first day’s main focus was to learn about the latest scientific research on Parkinson’s, the particular needs of People living with Parkinson’s (PlwPD) and their care partners, and to learn ways to successfully apply Alexander Principles when working with this community in both one-to-one and group settings. This first day also included working with a small group of invited people living with Parkinson’s and their partners.

The second day’s main focus was practical: a five-hour workshop, on which we were divided into small groups to work with a larger invited group of people living with Parkinson’s disease (PlwPD) and their care partners from the local community. We gave instructions and hands-on guidance, with the goal of the group learning self-management strategies that improve and, as much as possible, restore functional movement patterns.

The groups looked at various activities and subjects, including: Balance and Gait; Undoing Stress and Anxiety & Strategies for Managing Sleep Interruption; Vocal Volume; and Alexander Technique and Exercise.

I personally worked with the groups looking at Balance and Gait and AT and Exercise. We explored ways of thinking about weight shift when stepping forward in order to feel secure on the standing foot – how giving oneself time to plan an action can improve the quality of the movement. We also looked at letting one’s head release away from the body to support lengthening of the spine in bending movements – how to release our nodding joint to allow freedom of the neck that facilitates head movements while exercising and functional movement in general.

Some of the things said that made a particular impression on me were:

·      I can move, I have the tools in me to do this – the Alexander Principles help with that

·      If you create the conditions for things to work well (Alexander Principles help with that), the right things will happen – it’s just the law of physics!

I felt I learned a lot from the organisers, Monika Gross, Glenna Batson, and Daniel Shepherd, from my fellow AT teachers participating with me and, most of all, from all the volunteers with Parkinson’s and their carers who came to spend the day with us. We heard moving stories of courage, independence and selfless acts. All in all, the weekend was an entirely rewarding experience.

Sorry, the comment form is closed at this time.