Posted at 17:25h in Uncategorized by admin 0 Comments
1 Like 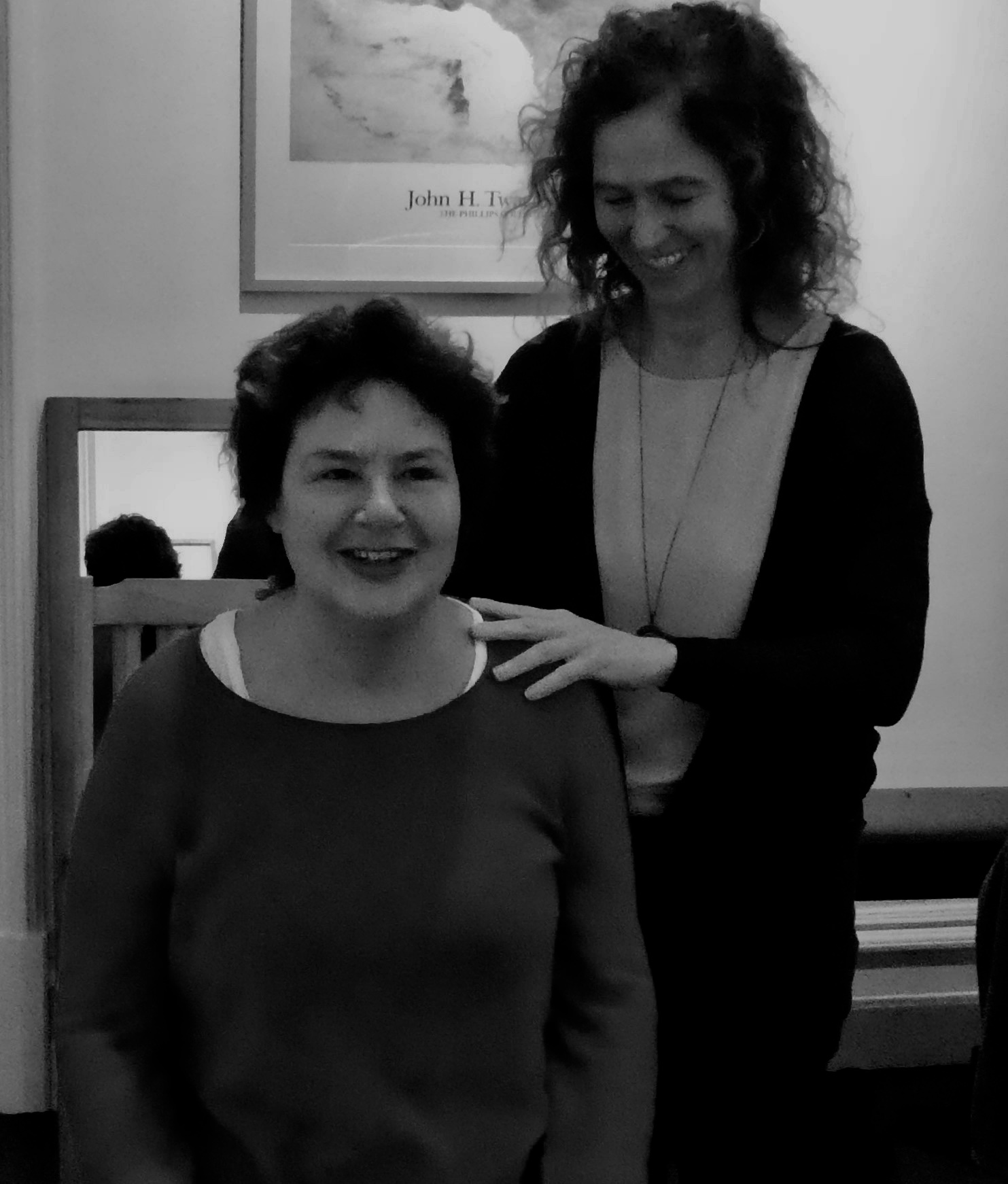 Background: I have degenerative arthritis in my spine. Thus, for some years I suffered constant low back, neck and shoulder pain. I started regular Alexander Technique lessons  with Michelle about 2 years ago and I practice semi-supine twice a day. It took some time before I noticed improvement. Initially, pain management was the main change. This was in a number of respects. Stopping meant muscles stopped pulling on the painful joints and thus temporary pain relief. Then walking became easier as I slowed down, thinking about space above and around me as I moved, walking became less painful. The after-effect of a walk was less painful too. Gradually I became conscious of applying the Technique in many more activities. These included sitting, typing, eating and showering. I started to have several pain free hours in succession. Now I occasionally have a pain free day.

Earlier this year I fractured my ankle. During the first few weeks I had to wear a surgical boot. This prevented me from practicing semi-supine because I felt that I could not lie down and that, had I dared to try, I would not be able to get up. I also stopped going to lessons because I could not have repeatedly sat and stood. This was frustrating. So, I was determined to ensure that I did maintain “Alexander thinking”. I did this in my lounger chair in my sitting room. I thought of my whole body being supported, the discs of my spine at rest. I considered my head and neck and the muscles in my limbs and back and allowed them to stop acting. Thinking of the whole body resulted in pain relief in the ankle.

After some weeks I was told to go to physiotherapy. Among other exercises for the ankle, I was taught how to go up and down on a step in order to strengthen the joint. While trying this out I noticed that my head, neck and shoulders were curved, and my back muscles were stiff as I anxiously looked down to see where I was putting my foot. Without thinking I said to the physiotherapist “surely the crown of my head should be up” and she agreed. As soon as I had said that, I paused to inhibit and then allowed the crown of my head to go up, I became less anxious and the exercise became easier. It was no longer a matter of me trying to strengthen my ankle but only of my body moving upwards allowing my head to lead. My neck, back, legs and foot followed. My back muscles softened, and my neck felt free.

After that experience, Alexander thinking affected all my exercises. The foot had to be flexed up and down. A Thera-band was to be used for in and out foot movement. I had to stand on one leg and push up onto my toes. In flexing I looked at my toes and thought about their distance from my head instead of the pain and it eased. In moving my foot against the pressure of the band I was conscious of how my back was tensing and curving causing strain, so I inhibited before each movement, first allowing the weight of my body to sink into the pelvis on the chair. Then I focused on only using the muscles necessary to stretch the band. I have always had poor balance on one leg. So pushing up to toes on one foot was a particular challenge. I stopped to think about the space above my head rather than the insecurity of being on one leg. This helped. I continued to think about going up and also relied on the support of the floor when rising onto my toes. I can’t pretend that I get very far up but at least the Alexander thinking made the exercise possible. It also lessened the fear so that my whole body was free and not stiff.

It must be evident, if you have read the above account, that had I not put the technique into practice the consequence of the ankle exercise would have been to cause pain to the rest of my body. Whereas, by thinking about the whole body rather than just the ankle, the injured joint became stronger and the rest of my body was unaffected.

Then later in the year because of swimming in the sea thoughtlessly with my neck stuck artificially above the water I developed severe pain in my neck, left shoulder and down my left arm even into my fingers. A scan revealed that nerves were being pressured by the bony spurs my spine was making. Apparently, this is common if the discs between the bones degenerate. Again, standard medicine provided pain relief drugs and specific exercises for the local area. They did little to help. But in semi-supine there was complete pain relief for 20 minutes at a time. More dynamically in my Alexander lesson I was shown that gently allowing the head and neck to follow my eyes looking left and down to my shoulder and right and down to that shoulder produced relief. Also, I have learned movements to make while on all fours and crawling which are delightfully freeing.

Although the neck and shoulders occasionally threaten to stiffen and cause pain, by regularly practicing these various new movements I have been free of pain for some weeks now.