Posted at 19:17h in Uncategorized by admin 0 Comments
0 Likes

It all started when I was working as a Recycling Operative. My job was to go from house to house filling a 40-litre box with all the tins, bottles and cans that had been left out for collection. When my box got full I would sort it into different compartments on the back of a truck which was often on the move. The contents of the boxes were often not rinsed out and so very smelly, especially on hot days. This meant holding my nose as far away from the box as possible and holding my breath until it was all over!!

Alongside my job on the bins I was playing the guitar in two bands. I would rehearse three nights a week and often have gigs too, meaning late finishes and early starts. I was burning the candle at both ends, but I was young and thought of it as normal.

After a while I began to experience some difficulties. At first there were slight niggling pains in my neck and shoulder. These got worse over time and later my lower back and right hip began to hurt as well. The pain would move around between these areas. Heavy lifting became difficult and sometimes I had to take time off work. This provided me with brief respite, however, the pain would return, often being worse than before. I sought help from doctors, physiotherapists, acupuncturists and osteopaths. They all helped to fix me, but I would always break again.

At one point my left hand started to seize up making it impossible to play the guitar. This was a disaster. The one thing that made work bearable at the time, was playing in bands. My friendships revolved around them, they provided me with a creative outlet and gave me a sense of purpose. Suddenly it seemed they were to be taken away. I was becoming really quite depressed by the whole thing. I was young, yet my body seemed like it was ready to retire!

I thought that perhaps the problem with my hand was linked to how I was playing the guitar. I reasoned that if I could fix that I could at least play again and worry about the other problems later. I searched online, googling my symptoms and looking for cures.

Something called the ‘Alexander Technique’ kept coming up. I tried to ignore it at first, it did not sound like it was for me. My bands were loud and uncouth and I could not join the dots between this and something that was used by pupils at the Guildhall or Royal College of Music. I was not in that league. My idea of musical training at this point was to watch videos such as ‘WestWay to the World…The Story of The Clash’ quite a lot of times.

I searched around for something else, but nothing was forthcoming and I was getting desperate, so after a few months I gave in and got in touch with a local Alexander Technique teacher named Sue. I explained my situation and she seemed confident that she would be able to help, so I made an appointment to see her.

I turned up to the calm and tranquil setting of her teaching room in my steeltoe capped boots and high vis jacket, smelling of refuse. That poor lady must have thought she had her work cut out. We worked with a chair and on a table and it all seemed a little odd, but I left feeling better than when I went in and so, made another appointment.

I had lessons weekly and they helped in many ways. Not only was my body starting to feel a lot better, it seemed that the way I thought about things was changing too. I noticed how set in my ways I had become and realised this was holding me back. I changed job and stopped playing in bands to focus on learning to play the guitar with more skill. I also started to take drumming lessons, something I had always wanted to do, and began listening to all kinds of music both old and new from all over the world. I was also engaging with the Alexander Technique a lot, doing my lying down work and practicing the procedures I had been shown in my lessons. I read a book, “The Use Of the Self” and as soon as I finished it, I read it again.

Although things were improving in my life, I felt something was missing, that a bigger change of direction might be required. I explored different options and training to be an Alexander Teacher was one that seemed appealing. I had no interest in becoming a teacher per se, I just knew the benefit I had gotten from weekly lessons, and so started imagining what having lessons every day for three years would be like. I asked Sue what she thought, and she agreed it would be a good idea.

Having decided on a course of action I needed to save the money to cover the course fees. I took on a second job at the pub over the road from my office and I moved into a box room in a house share with just enough space for a bed to save on rent. I worked overtime when I could, did extra work in my holidays and I got meals at the pub when I worked there, so was able to save nearly all the wages from my day job, slowly getting the fees together.

Eventually I moved to London and began my three-year training, lodging with my Aunt who was very kind and charged me minimal rent. I worked in pubs and as a guitar and drum tutor in the evenings to make ends meet. The training itself was sometimes emotional, often challenging and always brilliant! It was not until my last term that I really considered the idea of teaching.

I qualified in 2009 and contacted Natacha at the Bloomsbury Alexander Centre to see if I might be able to work there. Luckily there was a free slot going so I took it and I have been there ever since.

I am glad I took that first lesson. Currently, I help to train prospective teachers of the technique at City ATS, something I never imagined happening when I stepped into Sue’s teaching room all those years ago! The Alexander Technique helped me get my life back by ridding me of the pain that I was in, but also by giving me a new path in life, one that I find fascinating. I count myself lucky to be doing a job that I love. I aim to teach for as long as my body, brain and clients will put up with!!! 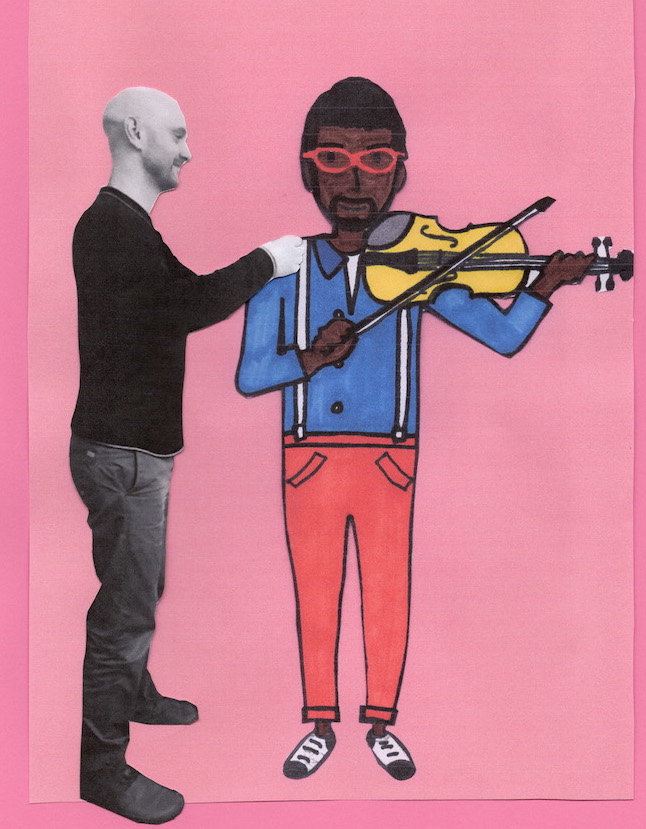